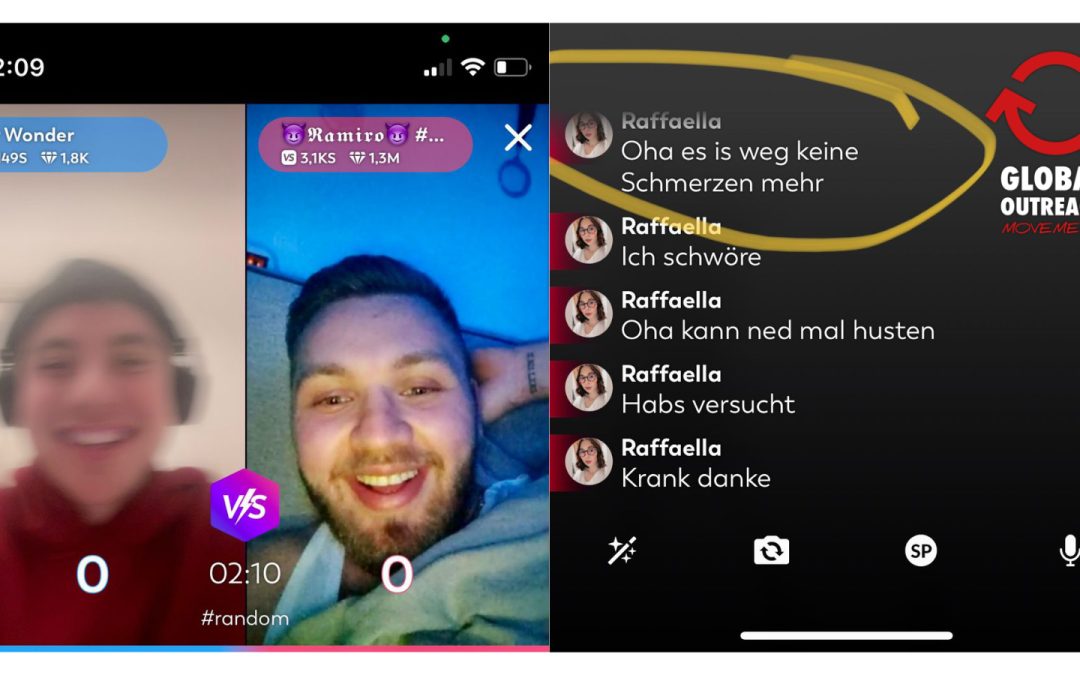 Aviel Fix, evangelist in the GO Movement team, reaches people via Lovoo, among other things. «On this app I told a young man about Jesus. He decided to live with Jesus and said it was awesome, the pressure he had for years, which had always driven him to hit people and sleep with more and more women, was gone from that moment.”

On the street, he and others approached a man who had terminal cancer. «He said that we can pray for him, but nothing would happen. And we shouldn’t pray until he’s gone. We talked to him a little more and then he said: Oh come on, I’ll try it now, pray for me now. I laid my hand on him and prayed. After that he said, ‘You’re not serious? I don’t believe in God, but the pain is completely gone.’ Then his wife came and he told her about this experience.»