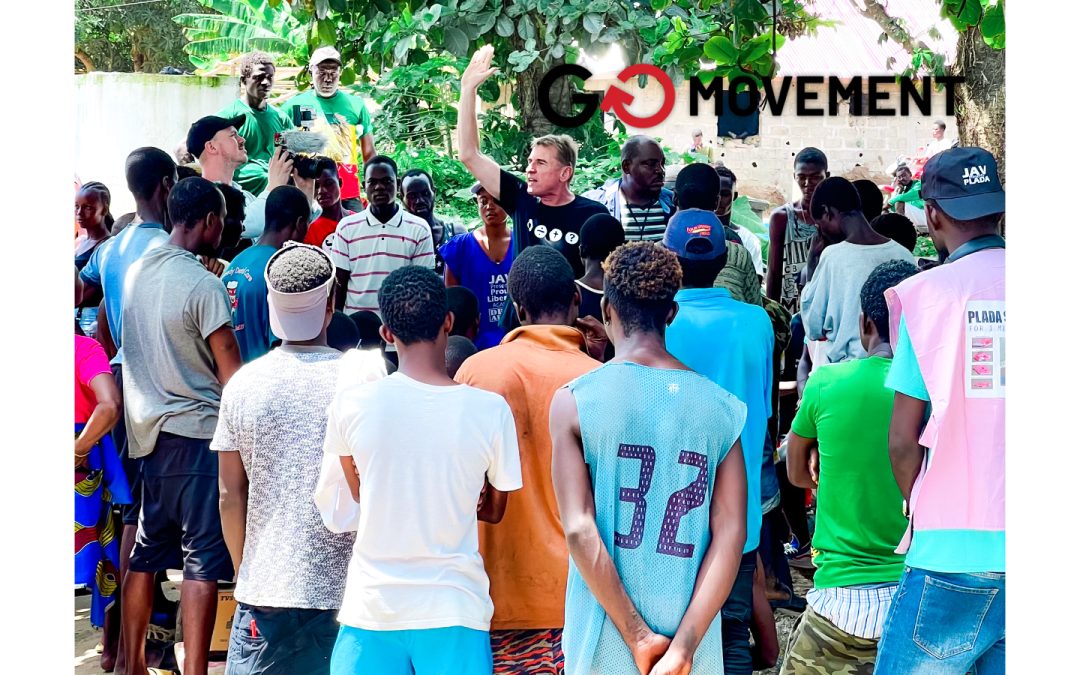 Well over 2000 videos and pictures from GO Day alone – the highlight of GO Month – have now reached us. Each one has a highlight, a story that God wrote with people that day… There are stories that go on and from which more arise. Here is an overview.

The next picture shows Werner Nachtigal, the founder of Go Movement. He took part in GO Day in Monrovia, the capital of Liberia. Among other things, the good news was announced in a cemetery: “On GO Day we went to an extreme slum in Monrovia, where many drug addicts live in a cemetery. Over 100 people gave their lives to Jesus – some brought us their heroin pipes. A young man named James could only limp and he was healed. After that he was saved and immediately came with us to a Christian center that helps such people.”